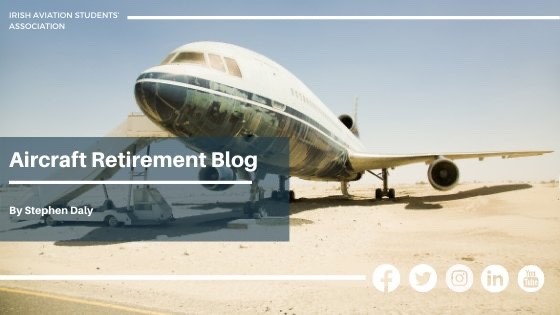 The demise of many aircraft types in the wake of COVID-19 has gained renewed interest in aircraft retirement and what it entails. Many prominent carriers within the industry have regressed their fleet capacity in an unprecedented manner. There are substantial precedents of aircraft retirement – take Lufthansa’s premature retirement of their A380 fleet earlier this year.

It is evident that airlines in todays current climate seek to be more conservative about recessions and economic downturns since 2001. The aftermath of 2001 was so profound and devastating financially, that many airlines remained unprofitable for years operating the same fleet size as previously seen. Retrospectively speaking, no airline in today’s economy would even consider such actions taken years prior. And therein lies the caveat with Lufthansa’s fleet of A380’s. An airline would rather operate a reduced fleet size to capture the predicted market share on recovery, than suffer with a larger fleet operating reduced capacity flights in a prolonged economic downturn. The A380 was conceived and designed to capitalize on the hub and spoke business model. However, the industry is fundamentally orientated around operating cost. The aircraft itself is a future operational problem that airlines intend on avoiding, in contrast to smaller fuel-efficient aircraft.

Lufthansa’s retirement of their A380’s is one of a plethora of reasons why aircraft are removed from service. The process, however, is multi-faceted and cannot be addressed as a function of age or other variables. From a mechanical perspective, assuming we do not consider external variables, the steps can be somewhat clarified.

There are three major factors considered in aircraft retirement. The first one is obvious – how old is the aircraft? Like cars, age depreciates value of the asset and aircraft are no exception to this rule. What you may not consider, is the amount of times the aircraft takes off and lands (this is called a usage cycle). Each time a pressurized aircraft takes flight, the skin of the fuselage is subject to expansion and contraction. Over time, fatigue sets in and the fuselage becomes weaker and weaker each flight. Aircraft manufacturers outline the amount of cycles their aircraft are subject to. Once this number is on the threshold of being exceeded, retirement considerations begin. The final factor relates to flight hours. This is closely linked to the previous point. Over the course of every flight, the aircraft endures significant temperature changes, further weakening the structure of the fuselage.

In a perfect ideal world, the above would suffice in determining whether an aircraft is retired or not. Simply put, an aircraft retires when it is no longer economically viable. Consider the cost of a 747-400 undergoing a D-Check (this is usually performed every 30,000 flight hours). These checks can run anywhere in the region of $500,000. Let us assume this airline owns 16 of these aircraft, and they’re left with a maintenance bill of $8,000,000. Scrapping those 16 aircraft becomes feasible when the cost of maintaining them can no longer be justified.